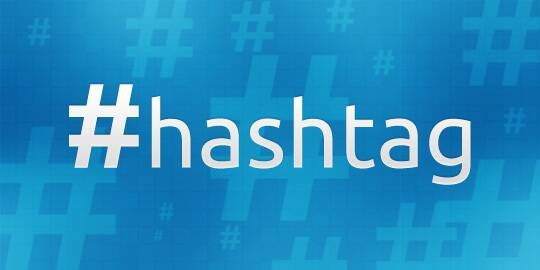 Hashtag Hazards: How NOT To Use Twitter When Promoting Your Brand

One viral marketing strategy that has gained popularity over the last few years is using Twitter hashtags that are already trending to draw attention to promotional tweets. Unfortunately, this doesn’t always go as planned. Poorly planned or misguided use of trending tags can be a recipe for PR disaster. Here are a few examples

During the 2012 Super Bowl, Toyota created nine Twitter accounts and used them to send replies to people who were using a number of Super Bowl-related hashtags, including: “#giants”, “#patriots”, and “#superbowl”, among others.

Unfortunately for the Japanese automaker, this marketing tactic struck people as both annoying and “spammy.” It turned out the folks in the Twitter universe were turned off by the unsolicited promotional messages – especially while trying to talk with friends about the big game.

Toyota’s Super Bowl shenanigan was a poor use of a trending hashtag because, when it comes down to it, people don’t like spam. High volumes of unsolicited advertising messages, including in the form of twitter @replies, proved to be more likely to get on customers’ nerves than to spark their interest in a new car.

Exhibit B: Entenmann’s and the “#notguilty” hashtag.

Entenmann’s, a company that makes donuts, cakes, and other baked goods, made the following tweet using the seemingly innocent “#notguilty” hashtag that was trending at the time:

“Who’s #notguilty about eating all the tasty treats they want?!”

Unfortunately, for Entenmann’s, the #notguilty hashtag was in reference to the verdict of the “Casey Anthony trial”, a controversial legal case which involved a woman being tried for the possible first-degree murder of her 2-year-old daughter.

Obviously, the context of the #notguilty hashtag rendered Entenmann’s use of the tag highly inappropriate. Presumably, the people at Entenmann’s who devised the tweet didn’t know what it was in reference to. This illustrates the importance of understanding the meaning of a trending hashtag before trying to use it for promotional purposes.

Surely the hapless marketers at Celeb Boutique must have been unaware that the #Aurora hashtag was actually referring to the recent Aurora cinema massacre. The tastelessness of Celeb Boutique’s use of the tag, exacerbated by the mention of the infamously trashy Kim Kardashian, is mind-boggling.

Celeb Boutique issued an apology, and claimed they had not taken the time to research the hashtag. It’s hard to feel sympathy for the company however, as all it would have taken is five seconds to figure out that the use of #Aurora was a really bad idea.

As with the Entenmann’s situation, Celeb Boutique’s unfortunate misstep is a vivid illustration of why it is important to be aware of what trending hashtags actually refer to before jumping on the bandwagon and incorporating them into promotional tweets.

It Only Takes Five Minutes to Avoid a PR Nightmare…

Exploiting a currently trending hashtag to draw attention to a promotional tweet can be a useful strategy, but when done wrong, the backlash is awful. At the least it can look spammy, as with what happened with Toyota, and at the worst you could accidentally use a hashtag in a way that turns out to be terribly inappropriate. When incorporating a trending hashtag for promotional purposes on Twitter, it’s a good idea to look up what the hashtag means before jumping into it. Doing so only takes a few seconds, and can save you from a total PR nightmare.