Home The Importance of Mobile for Online Retail

The Importance of Mobile for Online Retail 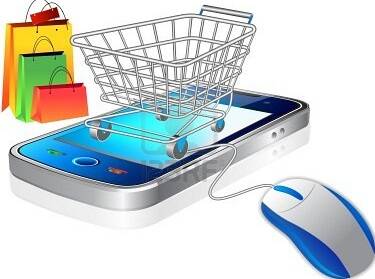 With the growing use of mobile devices among consumers, mobile shopping is becoming increasingly important for online retail. Shopping online may seem like something that people would be more likely to do on their desktop computer than their mobile phone, but this is quickly changing. 58% of adults now own a smartphone, and in June 2013, 55% of time spent shopping online occurred on a mobile device. Keeping your online retail website mobile-optimized is now crucial to reaching customers effectively.

Mobile Users May Not Buy Immediately, But They Will By In The Long Run

Most actual online retail purchases are still made using desktop or laptop computers – but don’t let this fool you into underestimating the importance of mobile for online retail. Consumers often use mobile devices to research prices and store locations when looking for a particular product. And even while inside of a physical brick-and-mortar store, consumers still use their mobile devices to find coupons or compare prices. As an example, in the second quarter of 2013, nearly two-thirds of smartphone owners, 64%, used their mobile device to research product features.

Other common online retail activities on mobile devices include finding a store location or looking for coupons. Because so many consumers use mobile devices for online retail browsing and shopping, it has become important to keep your website amenable to mobile devices. Consumers often become frustrated when struggling with a website on their phone’s browser that is not optimized for mobile; and it can quickly lead to lost sales.

2013 statistics indicated that consumers were four times more likely to use a smartphone than a tablet for online retail purchases. This is likely due to the higher prevalence of smartphone usage. That being said, don’t go ignoring those tablet users just yet. People who use tablets to shop actually tend to both be more affluent overall, and more likely to spend higher amounts when shopping online. Crate&Barrel for example, a home goods company with a relatively affluent customer base, reported in 2013 that 80% of their mobile sales occurred on a tablet. Additionally,tTablet users also seem to be more likely, overall, to actually make a purchase on their device.

Avoid Mobile At Your Own Peril

Smartphone shoppers often do their research on mobile, then compete the purchase on a laptop or desktop computer. Just because customers aren’t always making the purchase itself on a smartphone however, doesn’t mean that their mobile device isn’t a very important part of their shopping experience. A well-designed mobile site is now an imperative for online retailers, and those who ignore this fact do so at their own peril.