Home McDStories: The Tale of a Twitter Promo Gone Wrong

McDStories: The Tale of a Twitter Promo Gone Wrong 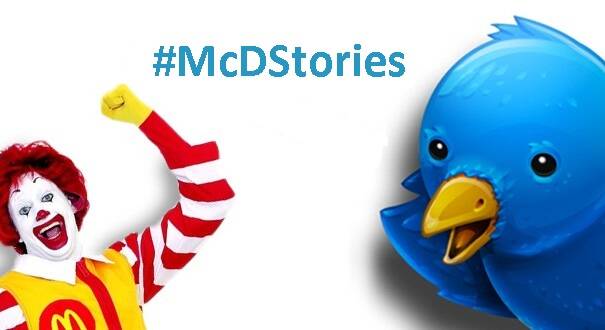 Back in 2012, McDonalds did a twitter campaign centered around the hashtag “#McDStories”. The idea was for McDonalds customers to share their favorite stories and memories about McDonalds.

When McDonalds’ marketing department came up with this idea, they must have imagined customers posting fond memories of childhood excitement over Happy Meal toys, or that time they had the Worst Day Ever and their best friend took them to McDonalds for a frosty milkshake and it made everything okay.

This probably wasn’t what they had in mind. As one former employee wrote:

“I worked for McDonalds when I was 15. The amount of grease I dumped out of the grease trap was enough to fuel the entire USA.”

This is one of the tamer examples of the many humorous but unflattering “#McDStories” that resulted from a campaign gone hilariously wrong. The moral of the story here is that while social media engagement is certainly important, it’s even more crucial that you consider what KIND of engagement your campaign will be eliciting.

Have you over run a Twitter marketing campaign before? What were the results?