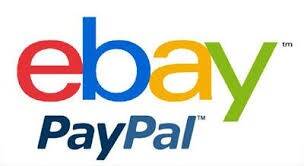 There has been a lot of speculation lately about whether PayPal and Ebay are going to split.  If you’ve been wondering what a potential shakeup would mean for your business, I’ve got some important news for you: it’s not going to happen.

The proposed spinoff of PayPal into an independent entity makes very little sense for shareholders, or the company.  Half of PayPal’s revenues come from its integration with Ebay’s marketplace, and both divisions have seen exceptional growth over the last few years.  So there’s just no reason for them to split.

The driving force behind these rumours of a potential split has been billionaire investor Carl Icahn.  While Mr. Icahn has indeed been responsible for numerous corporate mergers, hostile takeovers, and splits in the past – he owns less than 1% of Ebay-PayPal.  Thus, while he may desire a split, he simply does not have the leverage required to make it happen.

Because a large number of retailers accept PayPal and sell through Ebay, this potential split is worth keeping an eye on.  But don’t lose any sleep over it – the odds are astronomically high that nothing will come from all the chatter.