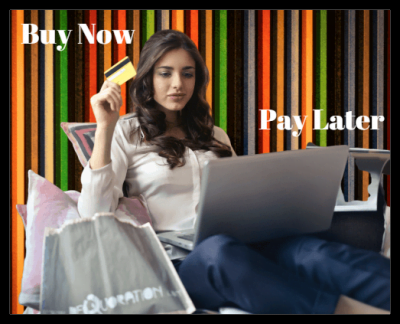 Buy now, pay later continues to gain popularity—two million Australians used it in the last financial year, leading corporate watchdog Australian Securities & Investments Commission (ASIC) to increase regulatory activity. According to ASIC the number of Australians is significant, about 2 million in the 2017-18 financial year.  Online sellers also have various ‘buy now, pay later’ schemes to choose from. It’s not just big retailers such as Big W and Target that use these services, but many smaller businesses can offer and benefit from BNPL.

Is the Free Ride About to End?

Despite the growing popularity of BNPL schemes, they remain largely unregulated in Australia.

ASIC has raised concerns about ‘buy now, pay later’ services which are used by a growing number of Australian businesses and their customers. ASIC Commissioner Danielle Press said, “The exponential growth in this industry, along with the risks we have identified, means this will remain an area of ongoing focus for ASIC. One area we will be targeting is where consumers are paying more than they need to for using a buy now, pay later arrangement.”

Another important concern is that BNPL schemes can increase the risk of consumers financially overcommitting themselves. This can lead to missed repayments and as a result default and late payment fees. This could put Australian consumers in jeopardy by not being able to afford basic goods and services. Due to this issue, Australian reports recommend further regulation of the BNPL industry in Australia. [1]

ASIC also issued a comprehensive report in November 2018.[2] Some of the main issues found included instances where the price of goods was inflated to cover the cost of providing the service. Additionally, some BNPL providers are including unfair terms in their contracts. ASIC found that one in six users of BNPL services overdrew funds, delayed bill payments and unable to pay late fees. This is apparent as the Australian Senate Economics References Committee released a report on its inquiry into credit and financial products targeted at Australians at risk of financial hardships with a key focus was BNPL schemes. [3]

Some of the recommendations in the report included that a regulatory framework is established to ensure BNPL providers consider consumer’s personal financial situations before providing credit and offer hardship provisions. The products should be affordable and offer value for money and in the event that is not the case, consumers should have access to internal and external dispute resolution mechanisms.

The future looks good for sellers who use BNPL, as well as for this payment option providers.

Sellers looking for a way to sell more to (younger) Australians can greatly benefit from ‘buy now, pay later’ arrangements. As the BNPL payment options continue to become more popular, the ASIC will nonetheless monitor the services to ensure they provide adequate consumer protections and address misconduct by ‘buy now, pay later’ providers. The Future of BNPL Pt.1 By now you are familiar with the buy now, pay later (BNPL) payment option. It…