Home Tips and Tricks for Getting the Most Out of Tumblr

Tips and Tricks for Getting the Most Out of Tumblr 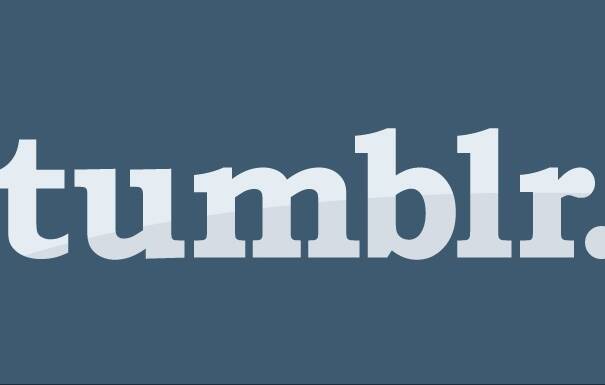 Using Tumblr to Build Your Brand: Tips and Tricks for Getting the Most Out of Tumblr

In the first part of this series, I talked about what Tumblr is, what its user demographics are, and why it’s an excellent blogging platform for building and promoting your brand.

Some Tips and Tricks for Using Tumblr

1. Design an aesthetically appealing layout that reflects your brand.

You can customize your layout and color scheme to a pretty significant extent on Tumblr, and you should definitely take advantage of Tumblr’s easy-to-use customization tools to tailor your Tumblr page to your unique brand image.

If you’re up for it, you can use custom HTML in your Tumblr layout, as well. However, no knowledge of HTML or other coding is necessary to customize your Tumblr.

Design elements, such as color scheme and typeface, are key to making your Tumblr layout both distinctive and appealing. Tumblr is an image game; aesthetics are key. You want to make your layout visually appealing; Tumblr users love pretty things!

Go for sleek, rather than congested; you want your links, “about” info, and other content to be easy to find and easy to use.

Although customizing your personal Tumblr page is important, it’s worth keeping in mind that many of the users viewing your content will be seeing the bulk of what you share through the “Dashboard” page, rather than by going to your Tumblr URL. This can actually be quite usefully however, as when a follower reblogs one of your posts, and one of their followers likes it, then that person can conveniently follow you or reblog it themselves, all from the convenience of the Dashboard.

2. When choosing a layout, make your “+Follow” button easy to find!

This is customizable, but relocating the “+Follow” button may be unwise. You want that “+Follow” button to be as easy to find and click as possible; although some layouts move it to the bottom, or into a left column, or otherwise displace it on the page, users are more likely to follow you if your button is easy to find. This usually means keeping it in the top right corner, where users are used to finding it.

Reblogging is a key feature of Tumblr, and is integral to gaining followers and building community on this unique blogging platform. Don’t be shy about reblogging content from other users; not only does it provide your own page with useful content, but Tumblr users love it when anything from their own blog is reblogged, whether or not it’s their own original content.

You definitely want to post original content of your own, but anything relevant to your brand or brand image is probably worth reblogging.

Tags are another powerful Tumblr tool. On your Tumblr dashboard, you’ll see a “search” box in the top right. This allows you to search tags, and you can also “Track” tags that are relevant to your interests. Tagging your posts goes a long way in making sure that as many people as possible will see your content. Tumblr tags are similar to Twitter hashtags.

Check out what tags are popular on Tumblr. Use as many tags as are applicable to whatever it is you’re posting; anywhere from 5 to 10 tags is a good range to maximize your use of tags without overdoing it; too many tags, or truly irrelevant tags, can look spammy or gauche to savvy Tumblr users.

5. Tumblr is great for some kinds of content, but not that great for others.

As I’ve mentioned, Tumblr is what could be called a “microblogging” platform. Tumblr’s not quite as “micro” as Twitter, but this is definitely something to keep in mind when using Tumblr for marketing and brand-building.

On Tumblr, you want to go for visual appeal and relative brevity. I’m not necessarily advocating style over substance, but Tumblr is an image game. Pictures and images are where it’s at, and you want to catch your audience’s eyes to grab their attention.

Text is often best packaged, for optimal Tumblr digestibility, as a “macro”. For a short bit of text, try putting that text on a related image; this is FAR more effective that just posting the text itself, whether it’s a quippy little tidbit of your own or a quote from a respected author.

You don’t have to eschew text posts entirely; in fact, with longer text posts being relatively rare, they may paradoxically catch attention by standing out within the “tumbler” of assorted mostly-image content that is the typical Tumblr user’s dashboard.

For longer text posts, I recommend incorporating a relevant image or macro, which catches visual attention. Using an image as an accompaniment to a text piece seems to be an effective way of drawing attention to the text itself.

You can also use Tumblr’s “Link” post option for text posts. Rather than posting a longer text post to Tumblr, consider putting it up on your WordPress or Blogger page instead, and then using Tumblr to link your audience to the content. In this context, you can also throw a relevant image in there.

One of Tumblr’s nifty and useful features is the “Queue”. You can put posts in a queue, rather than posting them immediately, to stagger your posting automatically through time. You can also schedule a post for a given time in the future. The Queue allows you to queue your posts for “X” times per day, up to 50. Depending on how much content you have, you may want to post once a day, five times a day, or even twenty.

Posting too much can be a turnoff, and Tumblr users are known to “unfollow” people who post excessive amounts of content that isn’t interesting to them, or is clogging up their dashboard. However, don’t be afraid to post several times a day. Quantity is useful on Tumblr; many Tumblr users, myself included, follow hundreds or even thousands of Tumblogs, and our dashboards consist of an unceasing influx of content. It can be a good idea to both stagger your posts strategically throughout the day, and to post in quantity. Keep in mind that not all of these posts need to be original content; you can pad your queue with reblogs practically to your heart’s content, as long as the content is appealing to your target audience and appropriate to your particular brand image.

7. Consider adding “Pages” based on tags you use often for your original content.

Tumblr is a mercurial thing, with a significant temporal aspect. A dashboard is in constant flux, with new content streaming in quickly, in chronological order. Old content gets lost quickly and easily; Tumblr is a platform with a sort of an element of impermanence about it. It’s all too easy for your not-so-new posts to be swallowed up by the sands of time with almost frightening rapidity, lost beneath an ever-surging tide of reblogged Lolcats, Doge memes, and Chanel logos and inaccessible to your readers.

To make it easy for your readers to find relevant content on your Tumblr that might not be particularly recent, try using the “Add Page” feature to add “pages” to your Tumblog that link to all of your posts that have a certain tag. These will display on your Tumblr page, and can help both you and your audience find and access your older content.

8.  When you’re starting out on Tumblr and trying to build up a presence and get yourself out there, try “Following” users who fit your target demographic, or might be interested in you or your brand. Also, don’t be afraid to reblog their content.

Tumblr users LOVE followers. Tumblr isn’t like Facebook, where a friends request from a stranger elicits raised eyebrows or creepy vibes. When it comes to Tumblr followers, the more, the merrier! Many Tumblr users also consider it good etiquette to “follow back”, so if you follow someone, there’s actually a very good chance that they will follow you in turn.

Keeping in mind the importance of design and visual aesthetic, participating in Tumblr’s culture of reblogging and sharing, and taking advantage of the tagging feature can help you get the most out of your Tumblr experience. Tumblr is free to use, easy to set up and customize, and allows you to connect with millions of potential customers. When fully maximized, a solid understanding of the website itself and the people who use it, Tumblr can be an incredibly effective social media platform for promoting your brand.