Home How To Write Effective and Responsive Social Media Headlines

How To Write Effective and Responsive Social Media Headlines 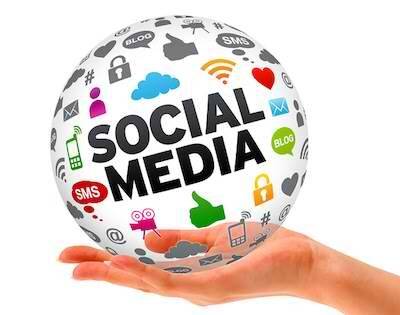 Social Media engagement is crucial for both getting more traffic to your site and fostering a relationship with your potential customers. If you want to stand out from the rest of the crowd on social media networks, here are some simple steps that can help improve both interaction and conversions.

Twitter has been one of the go-to social media platforms for brands and business owners for years, but many fail to fully utilise it effectively.  According to Twitter’s own research of over 20,000 promoted tweets, the single most effective thing you can do is include a call to action that asks your followers to download something.  Twitter found through their analytics that these particular call to action tweets got 13% higher clicks than those without.

What this should tell you is that if you aren’t including an offer for a free download regularly in your own tweets you are missing out on a lot of traffic and potential subscribers. And if you don’t have a PDF or whitepaper available, find someone that can write one for you – it will be well worth the effort.

Try to Include the Highest Performing Keywords on Twitter

Internet marketing expert Dan Zarella has determined through his own research that there are particular keywords that dramatically increase the potential for retweets from followers. Out his personal database of over 10,000 retweets, he has narrowed it down to a list of the top 20 most retweeted words and phrases. The majority of these should be relevant for any business.  Here they are in order of effectiveness:

As you can see, these words are fairly generic for the most part, meaning you should have no trouble working them in. Also, make sure your Facebook account is connected to Twitter so that every post you make gets tweeted.

One of the most interesting and unforeseen impacts of Twitter in the realm of social media is that it’s gotten users across all platforms to expect, and respond more frequently to, shorter posts. It has been found on Facebook specifically that posts that are kept under 250 characters get over 60% higher engagement versus post that are longer than that.

This means that you have one chance to grab your Facebook fan’s attention with a powerful and moving headline that makes them think, “I have to know more.” This may feel counterintuitive because it can be tempting to share longer and more informative snippets, but fight against your instincts here. Focus on creating those attention-grabbing headlines that practically forces them to want to click a link to read more.

Facebook Users Are HIGHLY Visual – ALWAYS Include an Image

It has been shown again and again that there is a dramatic increase in click-through rates on Facebook when a post includes an image.  In fact, information from the Internet research firm, Kissmetrics states that posts that include images get 84% more clicks than posts that do not have an image associated with them.

As opposed to using lots of nouns and adjectives in your headlines and posts, use more verbs and adverbs. Many copywriters get way too descriptive and overuse adjectives in their headlines, which can make them dull and boring.  Instead, use action oriented words such as act now, save, boost, earn, achieve or launch.  It is all about “The Now,” so also try to use the present tense when possible.  For example, instead of saying “Research Has Revealed Previously Unknown Secrets to Longevity,”

If you have your social media linked to your blog posts, and you should, then the title of your blog post is going to be the headline for the automated social media post.  Take this inconsideration when creating your blog post titles and make sure that it is short, engaging and to the point.  Like the old adage goes, you never get a second chance to make a first impression, so take the time to craft solid headlines and you will see an immediate impact from more clicks and consequently, more traffic.